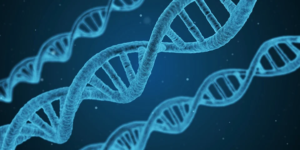 Various non-model microbes have been identified as having great potential for biotechnology, such as in bioplastic production or alternative energy sources. Despite the potential, the cost effectiveness of using such microbes for production is often dependent upon finding ways to enhance production, either via improved fermentation processes or via genetic modification of the organism. Improving performance through genetic modification is a very attractive option.

One needs only to consider how improvements in selective breeding have dramatically increased yields in agriculture and the dairy industries. So also, genetic improvements in microbes can revolutionise production. Frequently, however, the bottleneck for such enterprises is the lack of knowledge on how to enhance production by controlled gene expression.

I have invented a biotechnological method which will allow control over the expression of one or several specific genes in any bacterium. This control is via the natural ability of bacterial cells to take up a variety of cheap and readily available chemical inducer molecules, such as simple sugars.

Last week, after being checked by the University of Gießen, a patent application with my method was filed to the European Patent Office. The documents will now be checked by the patent office, a process which can take several months. Meanwhile, I’m interested in extending the invention to be able to manipulate gene expression in eukaryotes and archea.