What do cows and bacteria have in common?

Nature has amazing abilities. It is not surprising that humans have a long history of learning how to harness these abilities. Consider the cow. A beef cow, valued for her meat rather than her milk, produces about 4 liters of milk per day. This milk-production capacity is probably similar to that of the cow ancestor, the auroch. However, the domesticated milking cow can produce an impressive 40-60 liters per day. This is a classic example of how humans have modified the milking cow genome (through selective breeding). What about bacteria? 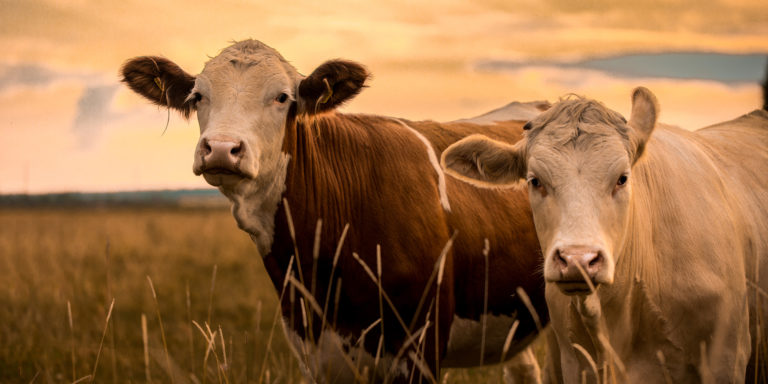 Why shouldn’t this approach also work with bacteria? Is it possible to domesticate bacteria — to tame them for our needs? Bacteria are so small that it is impossible for the unaided human eye to see them, so is this science fiction or actually feasible?

In fact, humans have been harnessing bacterial abilities long before they were aware of their existence. The first human credited with discovering bacteria was Antoni van Leeuwenhoek (1632-1723). From there, it took almost 200 years before they were shown to be the cause of infectious disease by surgeon Ignaz Semmelweis (1818-1865). Public awareness of the importance of microorganisms came after the life works of people like Louis Pasteur (1822-1895), Robert Koch (1843-1910) and Joseph Lister (1827-1912). However, long before the rise of modern science, humans were using bacteria to produce yoghurt, cheese, vinegar and other fermented foods. 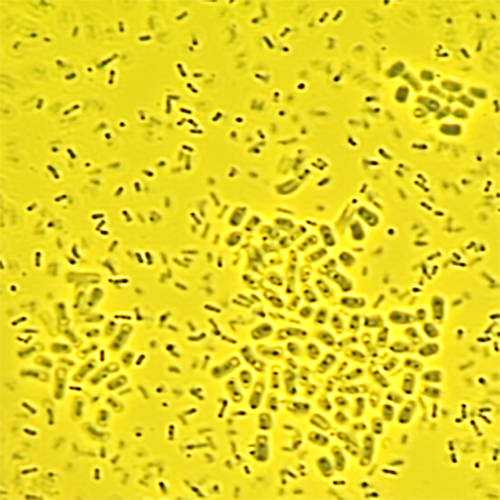 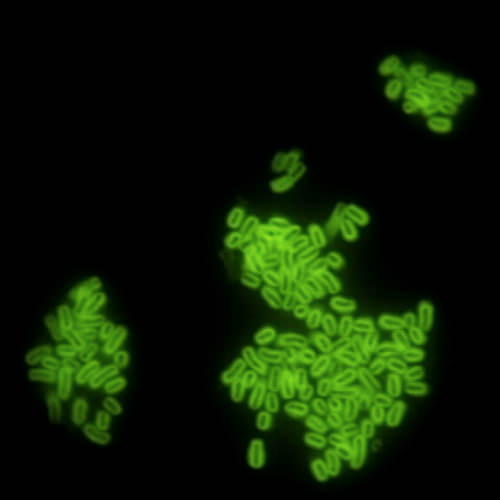 Nowadays, bacteria are used to produce antibiotics, methane, ethanol, amino acids, vitamins, pigments (colours), insulin, and a whole range of pharmaceuticals products. Some of these products are naturally produced. The photographs beside show bacteria under bright field (left) that fluoresce green under UV light (right). The fluorescing material is a bacterially produced biopolymer called curdlan. The bacterium which produces the curdlan is an Agrobacterium. Curdlan is harvested from Agrobacterium and used as a gelling agent in the food, construction, and pharmaceutical industries.

Small they may be, but bacteria have surprising production powers. Their full potential is only just starting to be discovered. It is perhaps fair to claim that bacteria are the least investigated life form on the planet. Interestingly, in terms of numbers, they are clearly the most successful life form (if viruses are not counted). Such success can be attributed to multiple factors, and not least of these is their efficient production power.  For this reason, research on bacteria holds great promise for finding solutions for current problems.

It is likely that we humans have only seen the ‘tip of the iceberg’ with regards to the potential of bacteria. However, in order to harness this resource, humans need to understand them. The key to understanding bacteria is to learn how they survive. For example, bacteria regulate their own behavior through communication with surrounding bacteria. This communication ability controls their social behavior, such as moving in swarms in search of food or building structures such as biofilms for protection.

Learning how their DNA determines their survival strategies means that we can know how to modify their DNA to reprogram their behavior. Instead of focussing on surviving, they will be programmed to produce goods for humans. This will make them poorer at surviving, but better at producing, like the modern milking cow. In this way, bacteria can be domesticated.